We believe that breastfeeding is the ideal nutritional start for babies.

During pregnancy and after delivery, a mother’s diet should contain sufficient key nutrients. Professional guidance can be sought on diet and the preparation for and maintenance of breastfeeding. A decision not to breastfeed, or to introduce partial bottle feeding, could reduce the supply of breast milk. Once reduced, it is difficult to re-establish. Infant formula should be prepared and used as directed. Unnecessary or improper use may present a health hazard. Social and financial implications, including the cost of providing formula until 12 months of age, should be considered when choosing how to feed infants.

We recognise that breastfeeding is not always an option for some parents. No matter your feeding choice, Me & My Child is here to share the latest information to help you feel supported and confident on your parenthood journey.

As every child’s development is different, be sure to consult with your health care professional for individual advice about feeding your baby.

By clicking "I understand", you acknowledge that you have read this information and understand that this website contains information about infant feeding and Nestlé's infant products.

The recommended age for the introduction of solids has varied over the years and continues to be reviewed.

Current New Zealand advice is that infants should be introduced to solids at around 6 months of age. Mums should continue to breastfeed during and after the introduction of solid foods, until the infant is at least one year of age, or beyond.
It is important to remember, all babies are different and will develop at their own pace and the range of normal progression varies greatly. Just like the age at which a baby walks has no indication of their athletic ability in later life, the speed at which they are ready for solids won’t dictate their development later in life either. The age of your baby is only one indication that your baby will be ready for solid food, there are a number of other visible cues to look out for.

Cues that your baby is ready for solids may include any of the following:

If your baby is not showing these readiness signs and you are worried their appetite, growth and development are not progressing normally, it is advisable to seek advice from your doctor or dietitian.

This is one of the most important stages of growing up. Good nutrition will play an important role in their entire life so it is important to start them on the right track from the beginning and let it happen at a natural pace.

There is much more to starting solids than simply being ready to chew and swallow foods.

Your baby will progress through many stages of eating development.

These stages may include tolerating a range of foods and meals with different:

When eating development goes smoothly you may not even notice these changes happening. If you are concerned about how their introduction to solids is progressing, notice which developments they are lacking and work on that skill.

Even easy feeding babies can refuse foods at times for various reasons, just knowing food introductions is supposed to be a learning curve for both baby and parent can put some parents at ease.

It is considered normal for babies to learn to walk between 8-20 months with many tumbles and falls along the way. Learning to eat a variety of foods is much the same, and it will take time to master. 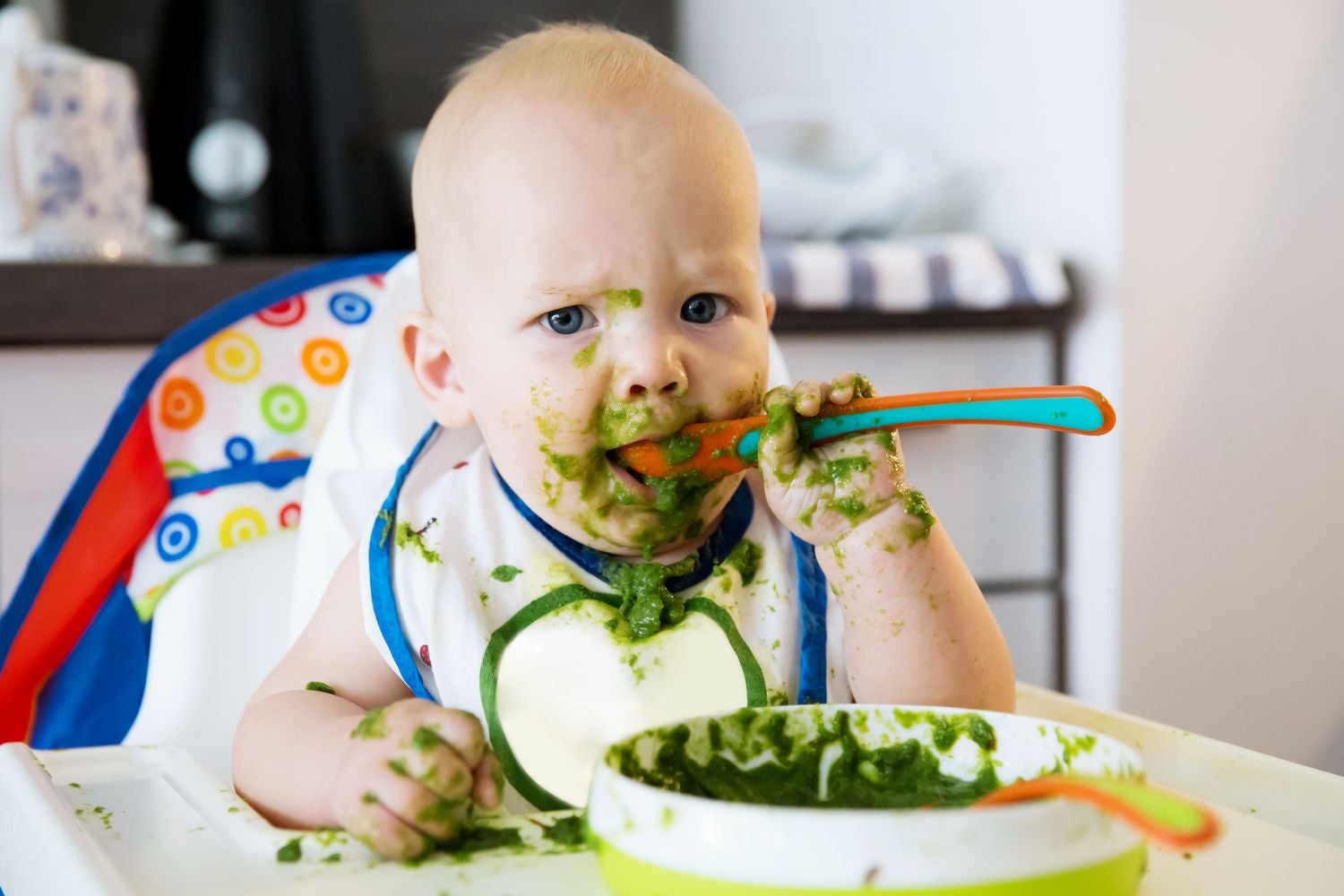 When it comes to babies, breastfeeding is best, and provides the ideal balanced diet and protection against illness for your baby.